PHOENIX– Arizona is just over a week out from the August 2nd primary and Karrin Taylor Robson is desperately blitzing the airwaves, spending millions of her own wealth in an attempt to differentiate herself from Kari Lake. But when it comes to key issues, like the freedom to have an abortion, Taylor Robson and Kari Lake share the same extreme views. In the month following the Supreme Court overturning Roe v Wade, Karrin Taylor Robson and Kari Lake have been eagerly battling it out to prove which one of them will take away the freedom to abortion as the most radical, anti-choice candidate.

“Kari Lake and Karrin Taylor Robson’s shared extremist views on abortion are going to be disastrous and life-threatening for Arizonans,” said Josselyn Berry, spokesperson for the Arizona Democratic Party. “Their frenzied desire to ban abortion in all almost all cases flies in the face of the majority of Arizonans who want abortion to remain legal and accessible. We need to take them at their word, and realize ­­­if they get to the governor’s office, they will absolutely eliminate access to abortion care for Arizonans.” 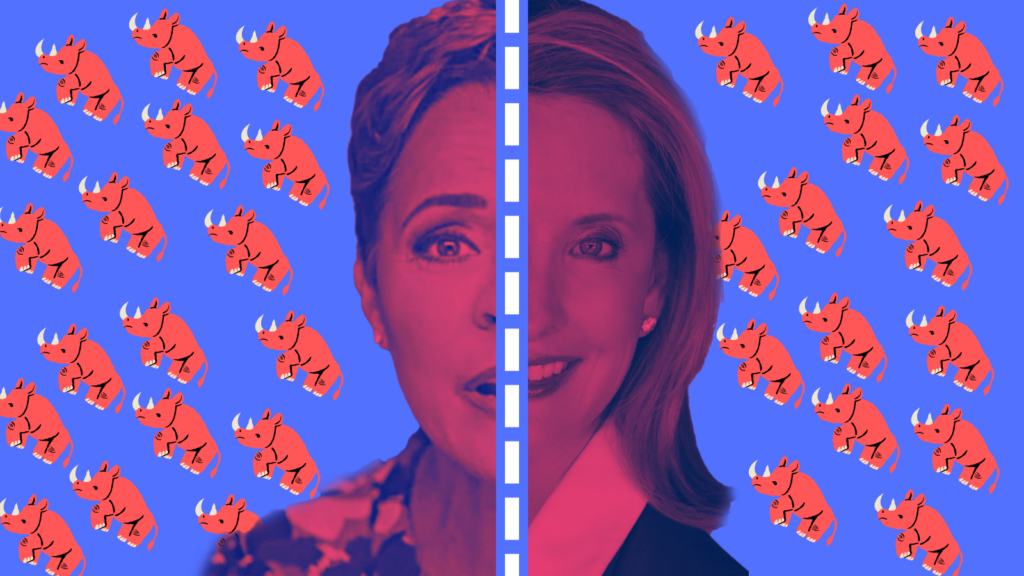 Lake Has Made Her Stance on Abortion Clear–In a June interview on Fox News, Kari Lake made it clear she supports banning abortion pills.  It’s well-established that medication abortion — also called the abortion pill — is a safe and effective way to end an early pregnancy.  Lake responded to the SCOTUS decision by saying she supports the 1901 Arizona law that would require a minimum of two years of prison for abortion providers and doesn’t include exceptions for rape or incest. Lake has previously called abortion the “ultimate sin” and pledged to sign a “carbon copy” of the Texas ban on abortion, that does NOT include exceptions for rape or incest.

Agreeing to Ban Abortion Pills–During the first and only GOP gubernatorial debate, both Kari Lake and Karrin Taylor Robson said they support and would enforce Arizona’s 1901 ban on abortion, which would prohibit the procedure in nearly all cases, at all stages and would criminalize and imprison doctors who perform it. Then they both took it a step further and said they’d also ban abortion pills.

Downplaying Rape– During an interview the day SCOTUS overturned Roe v. Wade, Karrin Taylor Robson shrugged off the need for exceptions for rape and incest. When asked by KTAR if she would support an exception for abortion in the case of a 14-year-old being raped and impregnated by her step-father, Robson said, “the instance of pregnancies occurring in violent situations are extremely rare. In fact, it’s estimated about, you know, [in] less than two percent of those situations do a pregnancy occur.” During the interview, Taylor Robson also called the overturning of Roe “a victory” and suggested abortions could be punishable with prison time by equating them to murder.

More Background on the Candidate’s Extreme Stances on Abortion: