ADP Chair Terán: “This is going to help us deliver a message that we are the party that welcomes Latinos and is fighting for freedoms.” 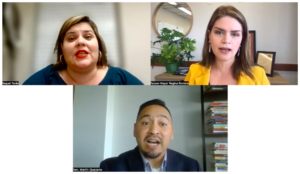 Read the full piece here, or see below for key excerpts:

THE ELEPHANT IN THE ROOM: A Recap of Trump’s Domineering Role in the #AZSen Primary