At the event, the group of United States Marine, Army, Navy, and Air Force veterans pointed out that Masters’ comments were especially insulting to the nearly 500,000 veterans who call Arizona home, since he has no record of military service.

See below for key press clips from the event: 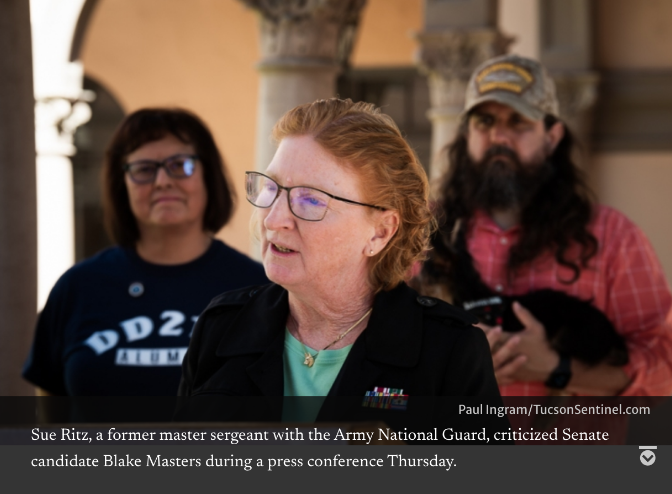 MASTERS MOMENT: The One Where He Says Eliminating the Department of Education Is the “First Thing That I Want to Do in DC”

WHAT THEY’RE READING: Blake Masters Has Never Met An Abortion Ban He Doesn’t Like