PHOENIX — Among various crucial investments, President Joe Biden’s Bipartisan Infrastructure Law — which passed without the support of a single Arizona Republican — includes $65 billion to ensure that every American has access to reliable high-speed internet and lower internet prices across the board.

This $100 million investment in Arizona’s broadband connectivity from Biden’s historic infrastructure win in conjunction with the $100 million to improve internet accessibility from his American Rescue Plan — which also passed without the support of a single Arizona Republican and which GOP Gov. Doug Ducey tried (and failed) to take credit for — is critical for the over 350,000 Arizonans who lack access to adequate broadband infrastructure.

Currently, 14% of Arizonans lack adequate broadband, despite needing it for remote work or school and access varies widely across the state. For instance, just 5% of Apache County households have high-speed internet compared to 65% of households in Maricopa County. Of Arizona’s fifteen counties, only one — Maricopa County — boasts broadband for more than fifty percent of its residents.

See below for how the percentage of households with high-speed internet varies across Arizona: 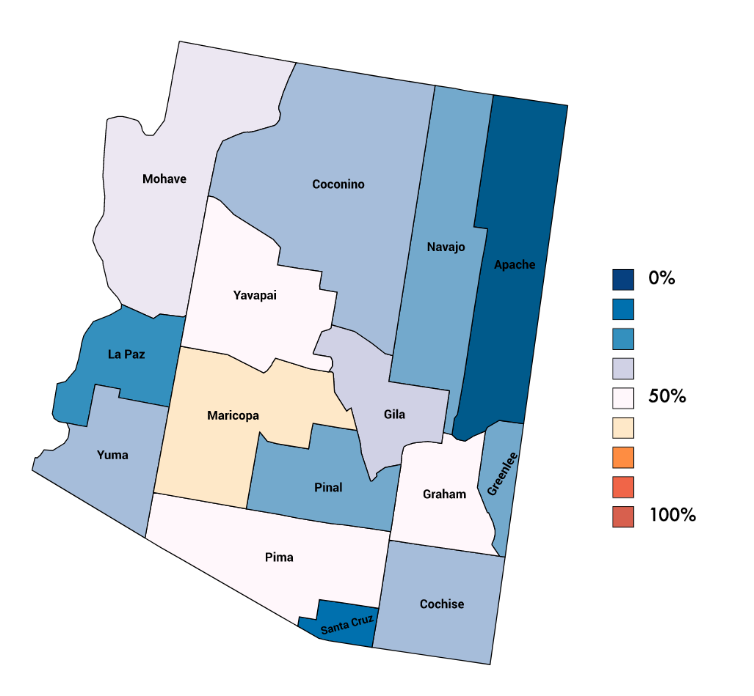